Adults:
Moths have irregular silver gray and black patterns on the forewings and legs and a small, snoutlike projection formed by a pair of palps in front of the head. Females begin laying multiple eggs on mummy nuts or new crop nuts two nights after emergence.

Eggs:
Opaque white when first laid. After about a day they turn pink, then reddish orange and black-head prior to hatch.

Larvae:
Newly hatched larvae are reddish orange, varying from milky white to pink upon maturing, with a pair of downward crescent-shaped marks on the second segment behind the head. 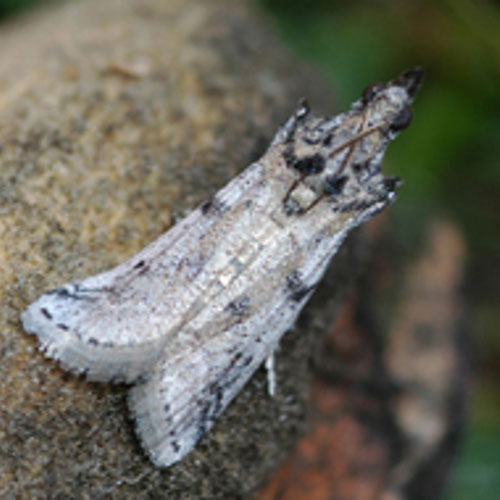 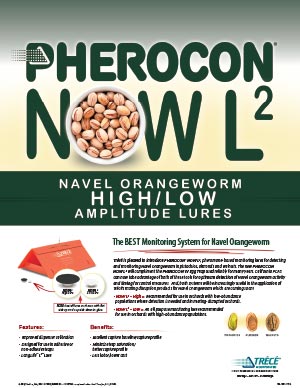 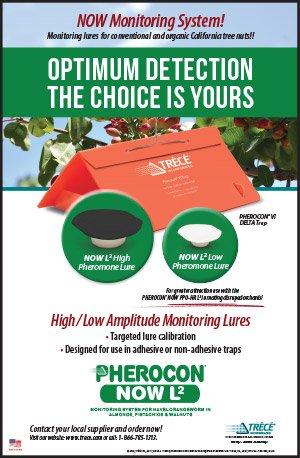 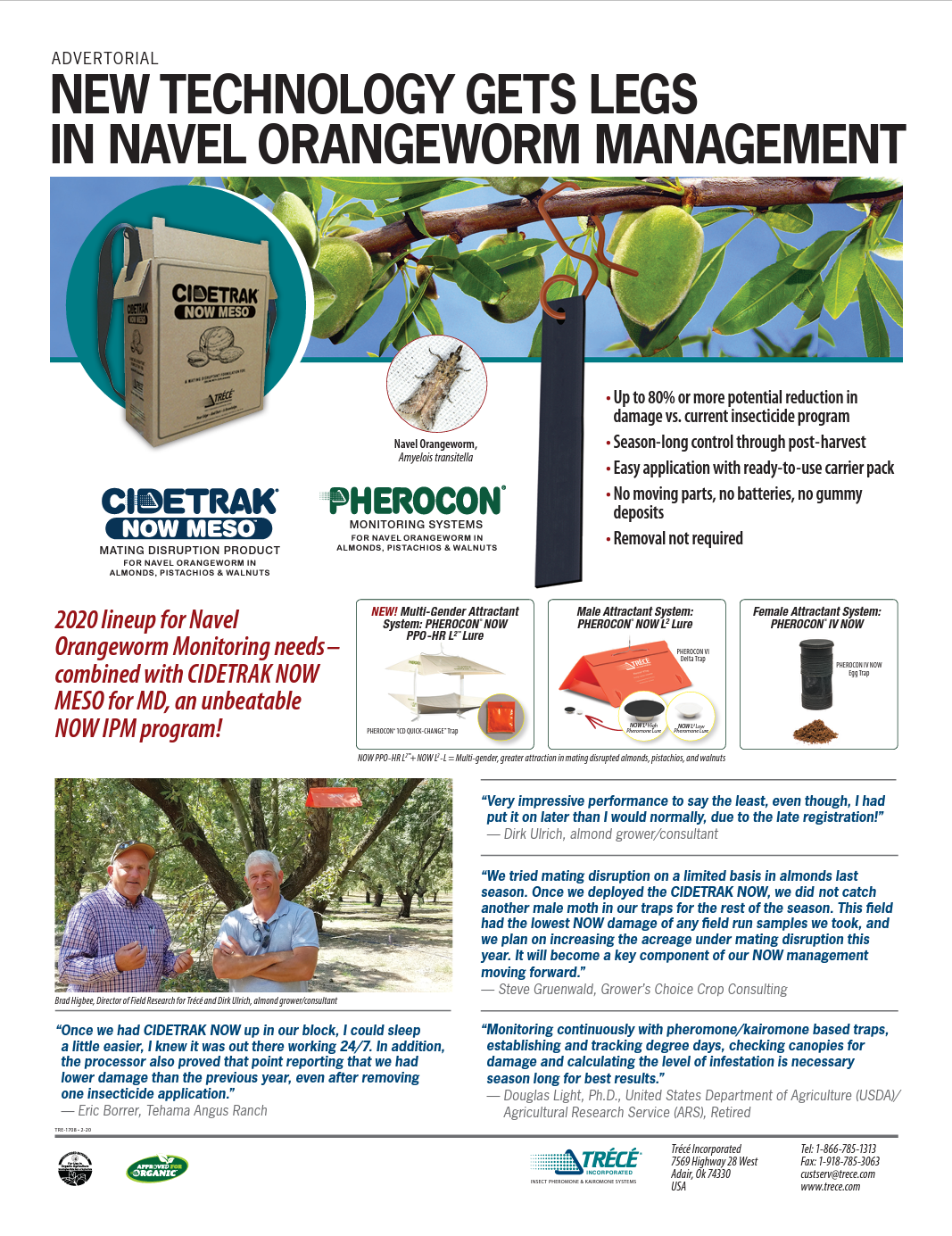 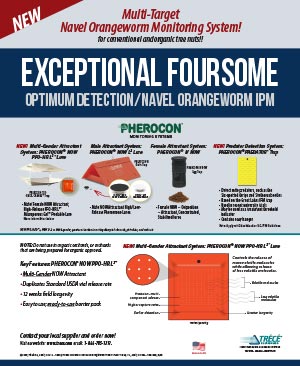