Adults:
Gray mottled moths with a coppery band at the tips of the wings.

Eggs:
Pinhead sized, disc-shaped and transparent white when first laid. As they mature they become opaque white and develop a red ring. Just before hatching the black head of the larva becomes visible.

Larvae:
Newly hatched larvae are pinkish white with a black head. Mature larvae are about 0 .75 in or 19 mm long and pinkish white with a mottled brown head. In walnuts, codling moth larvae look similar to those of the navel orange worm. However, they do not have the crescent-shaped marks on the second segment that distinguish navel orange worm larvae. 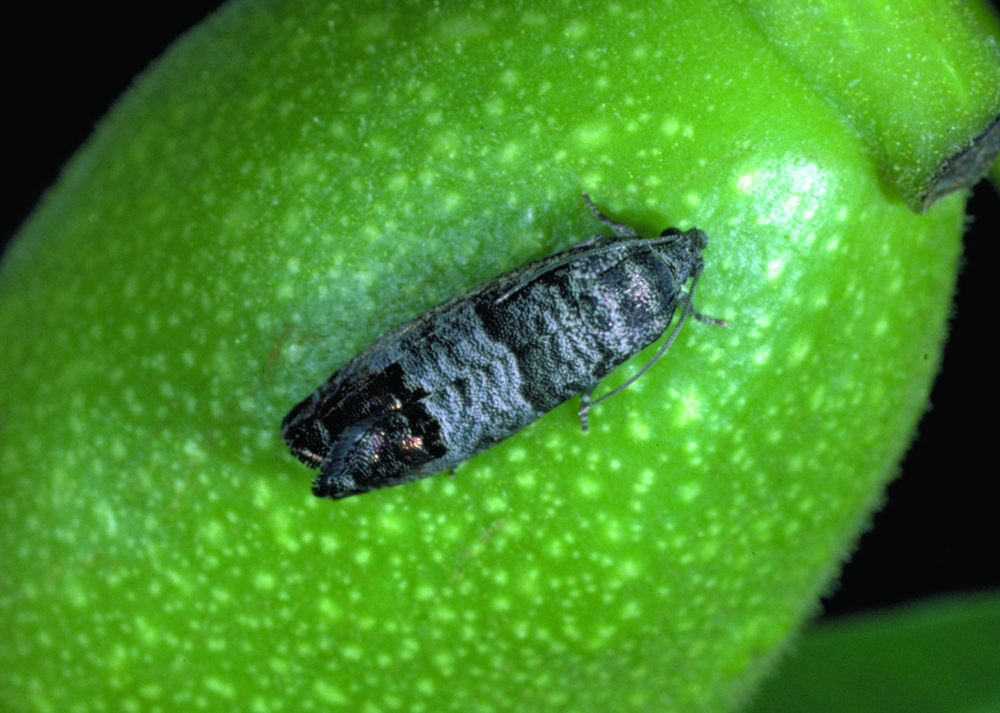 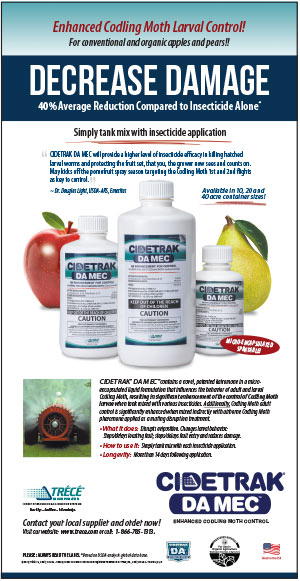 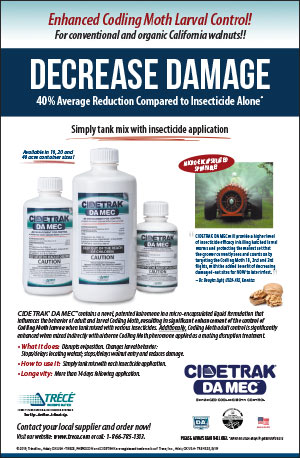 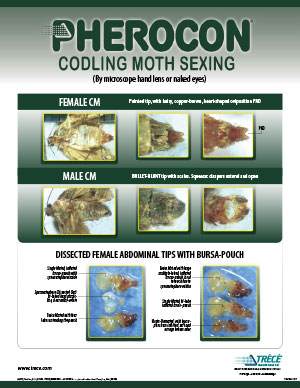